Humans have lost their homeland, their security, and their former glory. Even their gods have withdrawn. And yet, the human spirit remains unshaken. These brave defenders of Kryta continue to fight with every ounce of their strength. 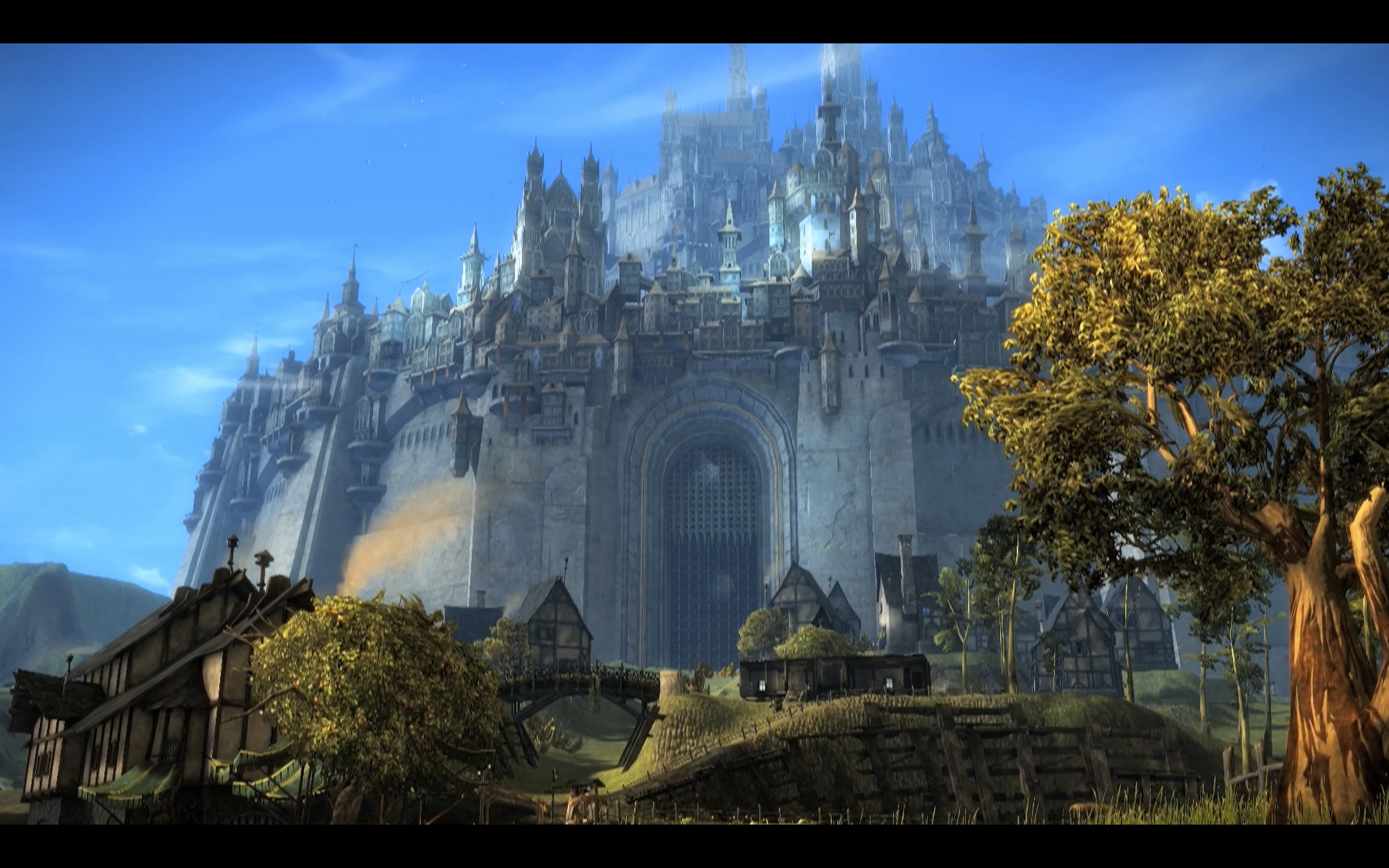 The humans of Tyria are a proud but embattled race. Over the centuries, they have lost much of their land and have even lost their gods, but the resilient humans can adapt to seemingly any circumstances. Today, the human race maintains their unshakeable spirit in the face of harrowing adversity.

Once, great human nations ruled much of Tyria, but no longer. After a protracted and bloody war, the charr conquered the powerful kingdom of Ascalon. The awakening of the Elder Dragon known as Zhaitan triggered a massive wave that reshaped coastlines and destroyed Lion’s Arch, the largest human city at the time.

Human refugees settled in Kryta and founded Divinity’s Reach, a fortified metropolis that shines like a beacon of hope for all humans. From here, the long reach of human power stretches out across the surrounding countryside, offering protection to farmers and townsfolk who live under constant threat from marauding centaurs and gangs of bandits. Not all threats to mankind are as obvious; inside the city walls, power struggles and intrigue between the queen and the nobility strain the fabric of human society.

One of the greatest setbacks humanity has experienced is the withdrawal of the Six Gods from their daily lives. Despite their silence, humans do not feel forsaken; they feel as if they are being tested. The gods expect them to stand on their own, and as a people, they refuse to fall.

Humanity’s long and tragic history may lead other races to think of them as a dying race that belongs to another age, but humans know otherwise. Even the youngest sylvari knows about the great human figures of legend—and the time has come for a new hero to walk in their footsteps.

When you create your human character, you will pick your social class. Were you raised in high society? Perhaps you come from a hardworking middle-class background. Or did you grow up poor on the mean streets of Divinity’s Reach? As a human, you’ll also select one of the Six Gods as your patron—from Grenth, the god of death, to Lyssa, the goddess of illusions.

When your human character increases in level, they will gain access to a range of special racial skills granted to them by the Six Gods, such as summoning fearsome Hounds of Balthazar or beseeching the healing goddess Dwayna to restore your health.

Your story begins in Queensdale, a lush district of farmlands and rolling hills that lies in the shadow of the great walls of Divinity’s Reach. Here, you will answer the call to adventure and create a new legend in the history of your proud people.