John Smith on the State of the Guild Wars 2 Economy 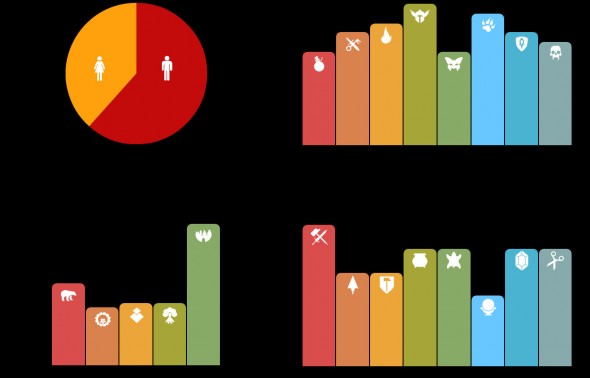 I always keep a quote from Edward Coke around to remind me of the effect of informed individuals. Coke states, “Certainty is the mother of quiet and repose, and uncertainty the cause of variance and contentions.” With this aphorism in mind, let’s take a look at the current state of our economy.

That being said, the trading post had a rough start. As a fundamental piece of the game, we mobilized to get it fixed immediately. After about 100 hours of work in that first week our devs began to make some progress noticeable by the players. We’ve come a really long way in stabilizing the trading post and preparing it for the future and we’ll continue working on making the trading post a better experience.

We’ve noticed several markets that are clearly out of sync in terms of supply and demand. It isn’t interesting or fun to have a market flooded with items that contain very little value, so we’re making adjustments to the game every day. Players can expect to see these markets even out over time.

While adjusting the supply and demand will bring markets closer to non-vendor based equilibrium, there is still the matter of massive surplus of some items. To address the surplus, we’ve created some new, limited-time Mystic Forge recipes that use these items. These recipes create boxes that give chances for gold and some cool items. For those less familiar with this topic, exploits are errors in the game or third party programs that create opportunities for players to move outside the conventional means of gaining value (gold, experience, skills, etc.). The Guild Wars 2 economy (and virtually every other economy in the same vein) is not designed to have any loop that involves creating value for no cost.

For example, a player discovers a recipe that allows them to craft items from vendor goods for only 50 copper and then sell back the crafted item for 100 copper. The player now has an infinite loop of value gain. If this were working as intended the game’s currency would hyper-inflate very, very quickly as all players swarmed to this recipe to generate gold.

Exploits are a really interesting topic because they are, in the end, dangerous and self-defeating. The game has gotten to a point in size where there is no such thing as a single player discovering an exploit. Exploits come in waves of mass participation and in the end, if they aren’t dealt with, the economy becomes hyper-inflated. After mass exploitation, your wealth is only relative to how good you were at exploiting, rather than your success in the game. This damages the integrity of the game and makes it unfriendly to new and honest players. There have been cases where exploits have severely damaged and arguably killed a game.

Exploits are mostly generated by a mistake on our end and are really hard on players. When an exploit is discovered, players are tempted to participate by the draw of becoming wealthy and out of fear of being left behind the massively wealthy players who do participate. We take a harsh stance on exploiters because this decision should be easy: find an exploit, report the exploit and move on. It isn’t worth the risk to the player or the game.

To give some perspective on our actions against exploiters, let’s discuss the karma vendor exploit, where an item was priced at 21 karma instead of 35,000 karma. In this case, we made a mistake and many players got some awesome weapons for very cheap. Does a single player buying a weapon, to use, damage the game or really hurt the players? Not terribly, but getting cheap weapons for your characters wasn’t the problem. The problem was the 1.46 million weapons purchased by 4,862 players, which averages over 300 weapons per player. There is a fundamental difference here between players who got a cheap weapon and players who found a bug in the game and took advantage of it. The latter attempted to create wealth for themselves at the expense of the other millions of players that are injured by exploiting behavior.

Because Everyone Needs Data: