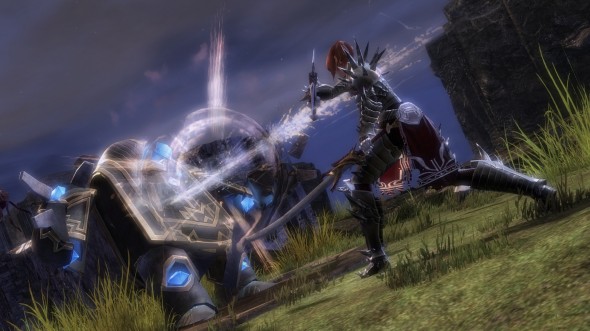 Temple of the Silent Storm

With this week’s patch, you will be able to play a beta version of our new PvP map  – Temple of the Silent Storm.

We’re really trying to push the verticality of the map.  Taking inspiration from many of the shooting games that we’ve enjoyed, we created a map that has some of the vertical play normally seen in shooters, but still has strong regions of the map that play off our active combat and RPG elements.

The secondary mechanic for this map revolves around channeling different buffs throughout the map.  These buffs will have different effects on the game: We’ll also be introducing daily and monthly Structured PvP achievements with this patch.

The PvP hero panel now has more stats! You can access these stats by pressing the crossed swords icon in the top left-hand corner of your screen.

The current stats tracked are now:

Qualifying points are very important.  We’ll display the current qualifying points for both EU and US datacenters here:   https://forum-en.guildwars2.com/forum/pvp/pvp/Leaderboards-for-Qualifying-Points/first#post665723

These qualifying points will be used to determining entry into larger tournaments down the road.

We’re going to revise the reward structure for paid tournaments.  The rewards will break down like this:

Paid tournaments also provide each finishing place a small % chance to win gems in the following amounts.  The chance of winning one of these is approximately 1 in 4.  No player can win twice. We’ve reorganized the PvP browser hot-join maps so that some are 5-on-5 and some are the current 8-on-8.  We’ve made this change so that people who want to play 5-on-5 instead of 8-on-8 in public maps have the option to do so.

Players will also be able to use /rank in the PvP lobby to show off their PvP rank! While this can’t be used in matches (we don’t want people confusing them with finishing stomps) we wanted people to be able to show off how awesome they are in PvP.

For a full list of all PvP changes this patch, please check out the patch notes right here.

That’s it for now!  Stay tuned and I’ll keep you guys updated as things are added to structured PvP!